Prize: $1,000 and the chance to compete in the national competition

Team Name: Royal and Supreme Order of Snow and Sand Sculptors and Shovelers 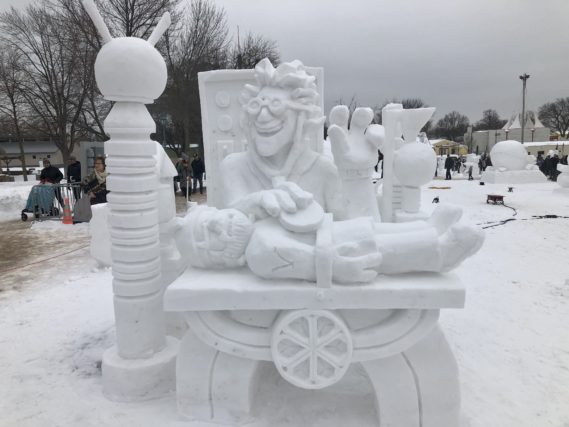 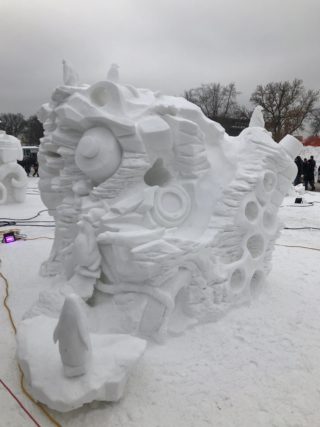 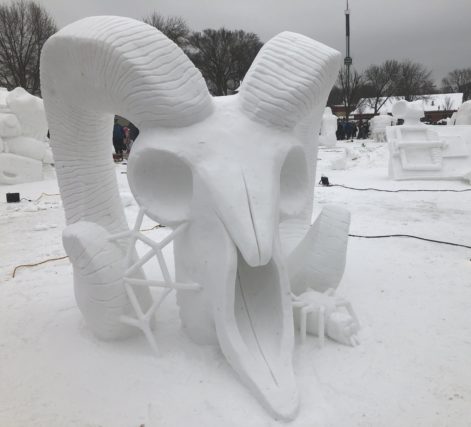 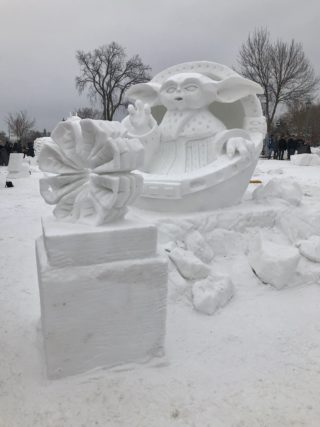 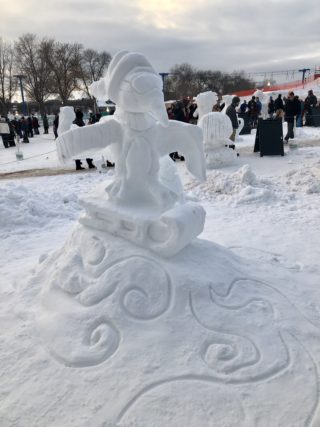 More Details About the Competition:

Organized by the Saint Paul Vulcans, Vulcan Snow Park takes place on the Minnesota State Fairgrounds during the Saint Paul Winter Carnival from January 24 through February 2. Bring your family for winter fun and adventure!

Measuring 20 feet high and more than 300 feet long, the Giant Snow Slide will be open on both weekends of Vulcan Snow Park- weather permitting. Cost is $2 per run with proceeds going to cover the costs of the Snow Park.

For the competition, several three-member teams transformed 8′ x 8′ x 8′ blocks of snow into wintry masterpieces using only hand tools. The winning team received $1,000, a trophy, and the opportunity to represent Minnesota at the National Snow Sculpting Competition at Lake Geneva, Wisc.

Vulcan Fun Day was Sunday, Jan. 26. Bring the whole family to see the artists put the finishing touches on their snow sculptures, vote for your favorite creation, hop aboard a Vulcan fire truck, take part in the kids’ snow treasure hunt and slip down the giant slide. Plus, there will be two Polar Plunges – one in the daytime and one at night – to benefit Special Olympics Minnesota.

Results of the 2020 Barstool Ski Races! 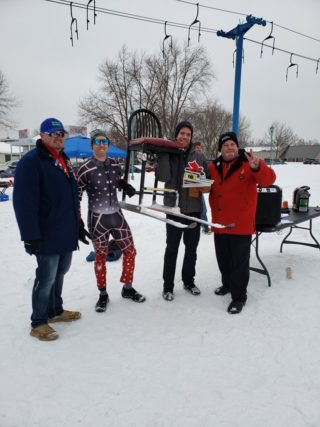 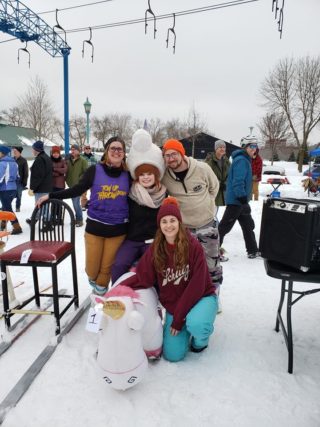 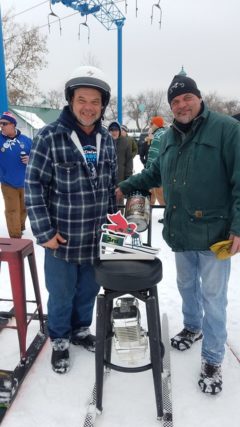 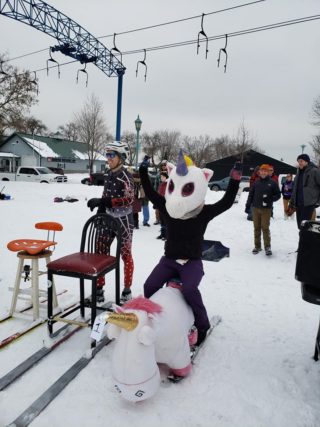 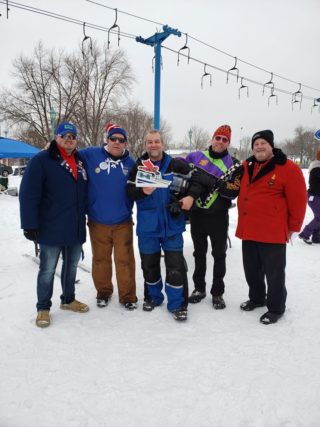 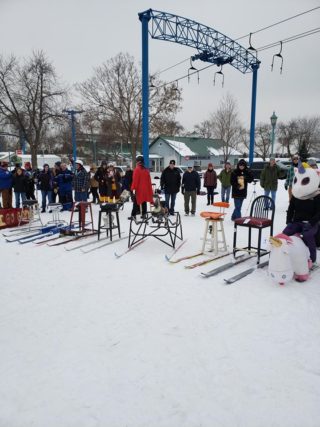