Music by the Free and Easy Band 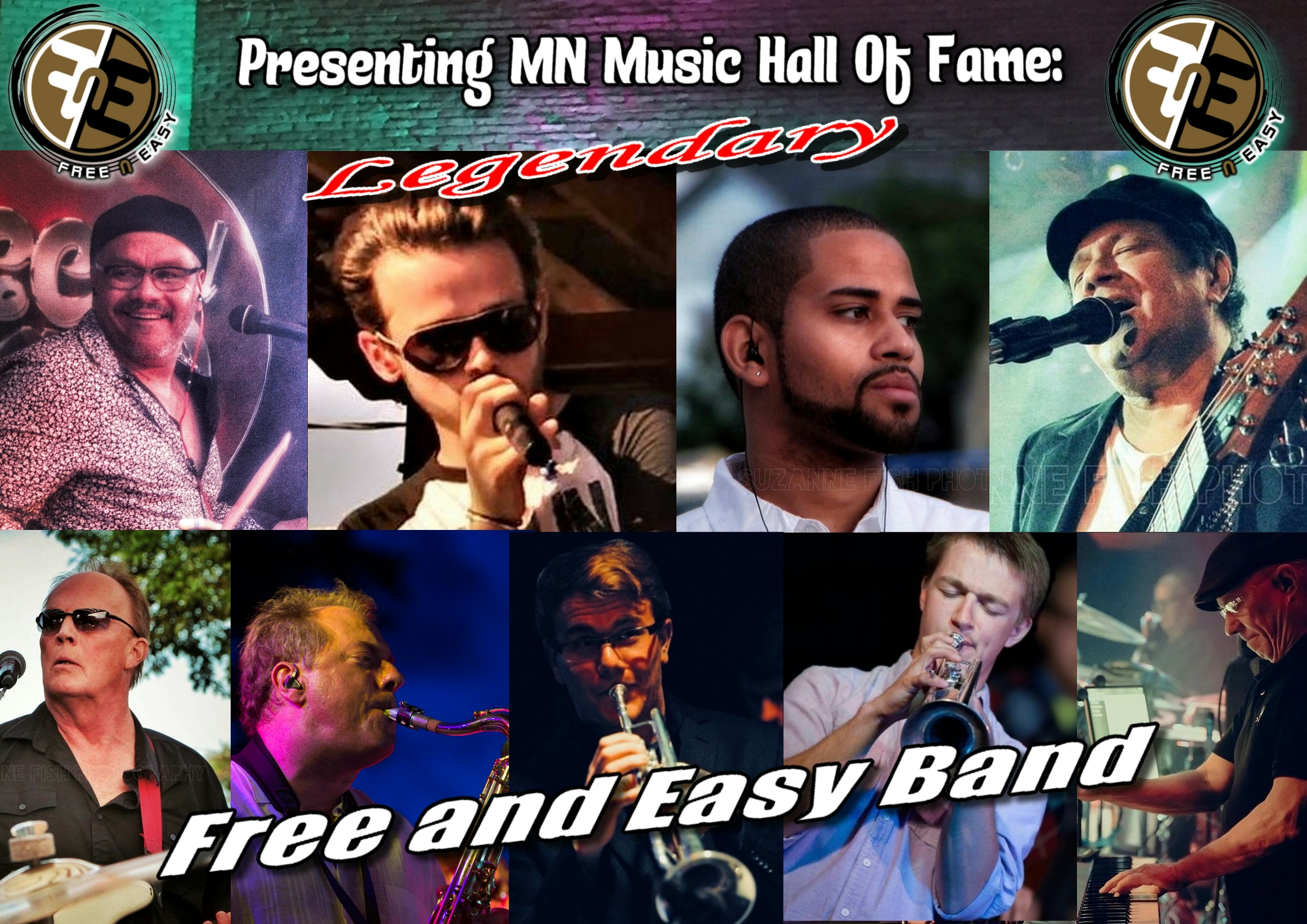 The Saint Paul Winter Carnival is thrilled to bring you the Free and Easy Band-Minnesota’s premiere stage band that went into the MN Music Hall of fame in 2008. Free and Easy (FnE) cuts their teeth on Santana, Tower of Power, Earth Wind and Fire, Stevie Wonder and all things funky. You’ll also love their takes on Pharrell Williams, Bruno Mars, Justin Bieber, Pitbull, John Legend and Justin Timberlake. If you want to take a walk on the retro side, you’ll love their Prince Medley and might see a little Michael Jackson break out!

Free and Easy has launched into a new generation by adding two dynamic front-line vocalists to the group. Vocalist Brent Rice, who competed on the first season of The Voice and Jeff Skidmore, vocalist extraordinaire.  They bring in the new school sounds of Justin Timberlake and Bruno Mars to make killer vocals in the Twin Cities funkiest band!