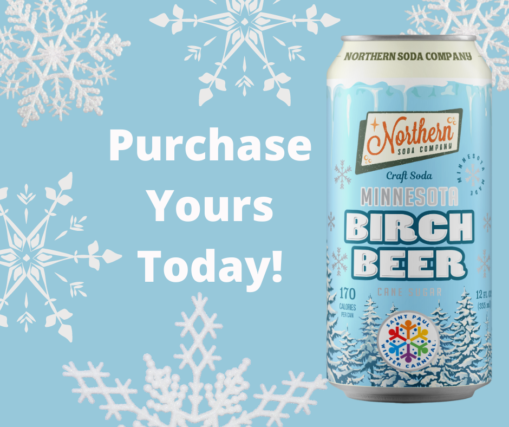 Be the First to Try!

Members of the Royal Family & Vulcans will greet you at a curbside pickup event from 11 a.m. – 2 p.m. on Saturday, December 18th at Northern Soda Company’s Taproom (3747 Dunlap St N, Arden Hills, MN 55112). Place your order prior to Saturday’s event and select the pickup time that works best for you HERE.

What is Birch Beer?

Birch Beer is a difficult flavor to describe, truly one you must try for yourself. It is definitely not root beer and it’s not a cream soda, however it is certainly part of the family. The soda features a pre-1900’s recipe mixed with real birch bark oil and the right amount of pure sugar! The flavor originated in the Northeastern region of the United States and Northern Soda perfected it here, just outside of Saint Paul.

Can’t make the curbside pickup at Northern Soda on Saturday, December 18? Check out these locations selling the soda after December 16th: