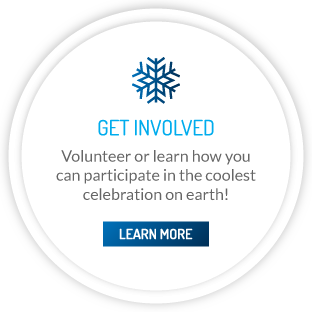 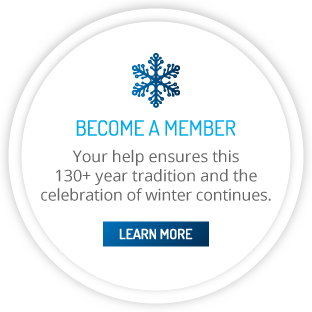 As the first Ice Block Promise event, the 2018 Royal Family is working to provide West St. Paul schoolchildren in need with school supplies!

Drop off your school supply donations no later than August 21st at the following locations: 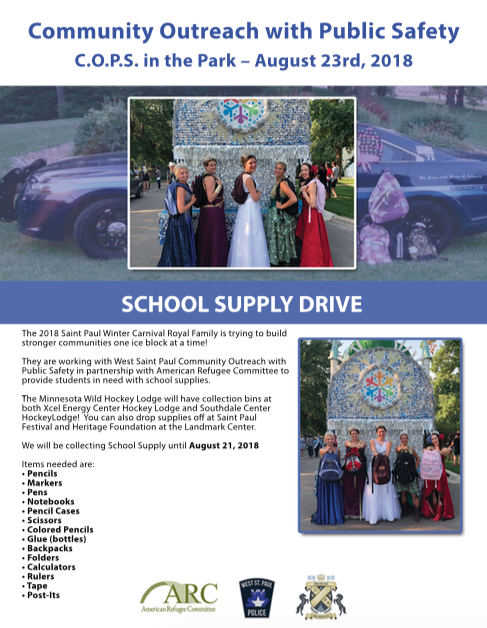 Backpack-stuffing Volunteer Opportunity: August 22nd at West St. Paul City Hall
Supply Distribution Event: August 23rd at Southview Park, West St. Paul
Interested in supporting more community building event? Donate here: https://www.gofundme.com/ice-block-promise
Join the former West Winds of Winter Carnival as they host the event of the summer to raise money to purchase a new float for the organization!
There will be food, pop, beer and wine, all included in the price of your ticket. We will have live music for everyone to dance and enjoy the summer evening.

Big thank you to our Sponsor Giggles Campfire Grill for helping us throw this fun party!

The 2018 Saint Paul Festival & Heritage Foundation welcomed dozens of members and supporters to Hotel 360 on August 1 for the Annual Meeting, a presentation of the year’s big events – the Saint Paul Winter Carnival, Cinco de Mayo – West Side Saint Paul, Spirits of Carnival fundraiser, and more!

The Annual Report included highlights from the Winter Carnival, including the Ice Palace, Olympic Committee’s Team USA WinterFest, and welcoming Super Bowl fans from across the country! We also recorded an incredible attendance of 600,000+ guests, 2 million+ reach on social media, and 3.9 Billion media impressions! 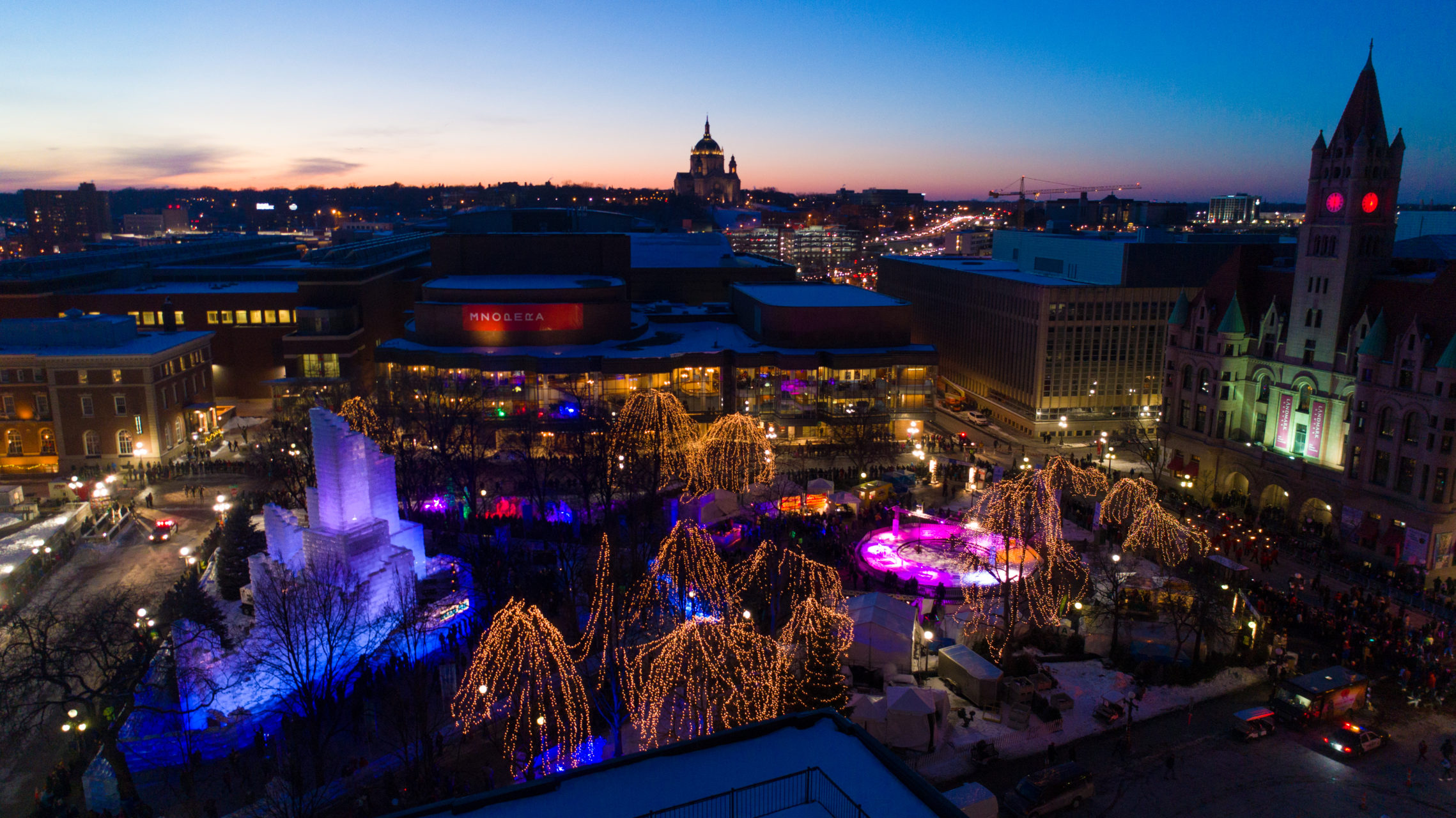 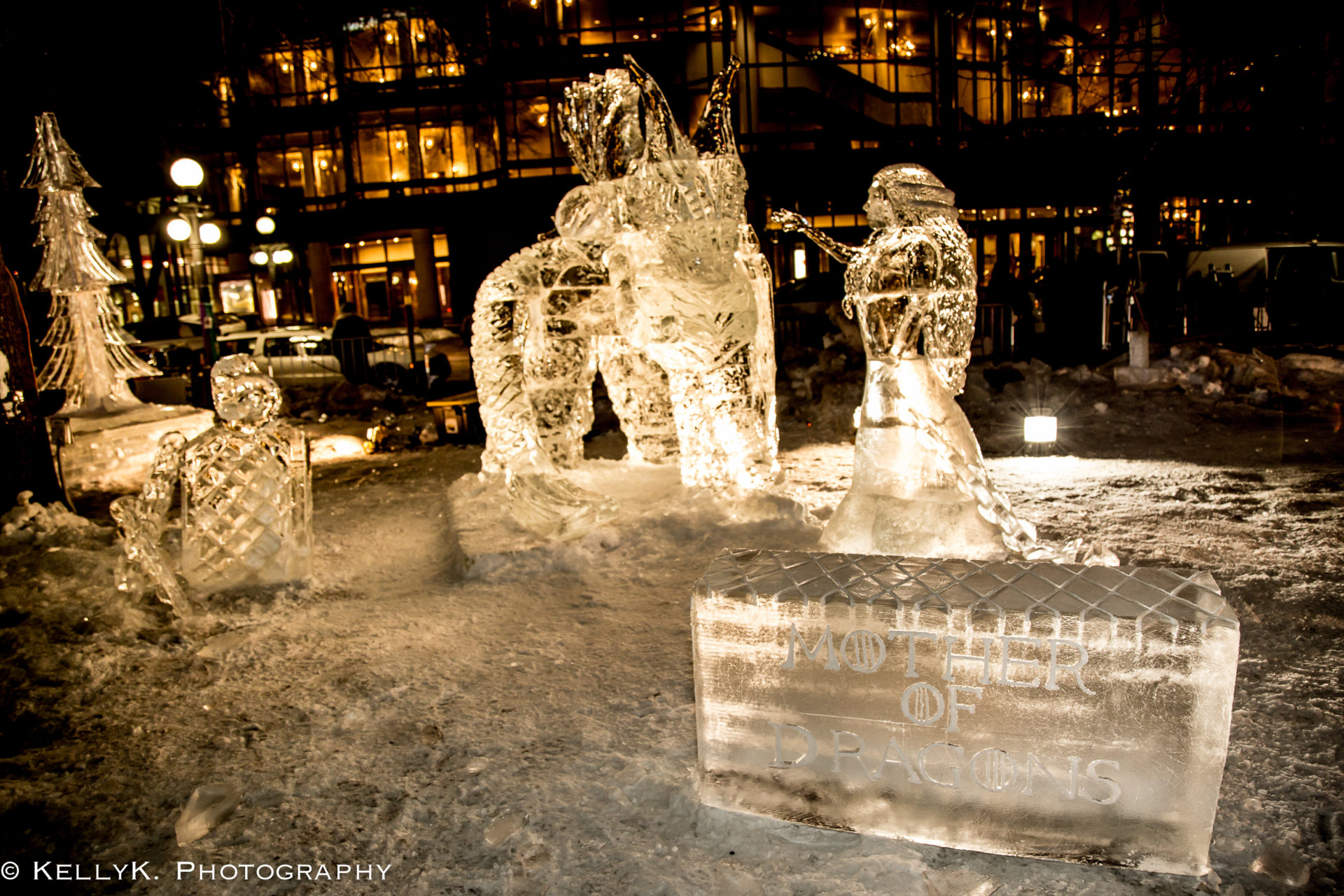 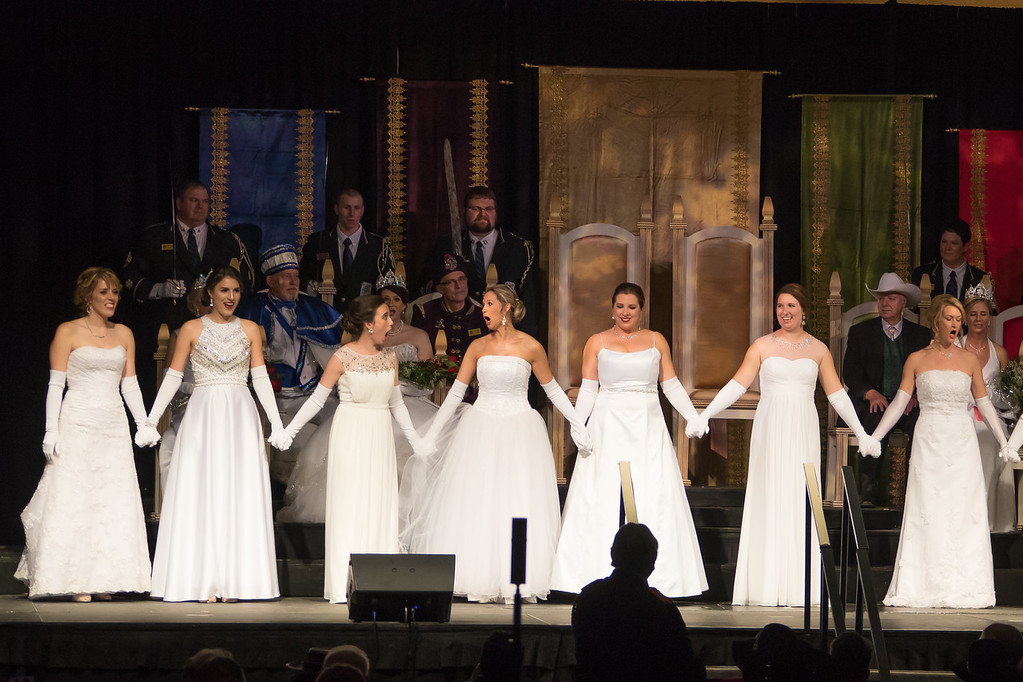 Cinco de Mayo – West Side Saint Paul was another successful event, featuring brand new attractions like Lucha Libre Live in the Sports Zone and 3 stages of entertainment. The event welcomed over 65,000 attendees and reached more than 220,000 people on social media! 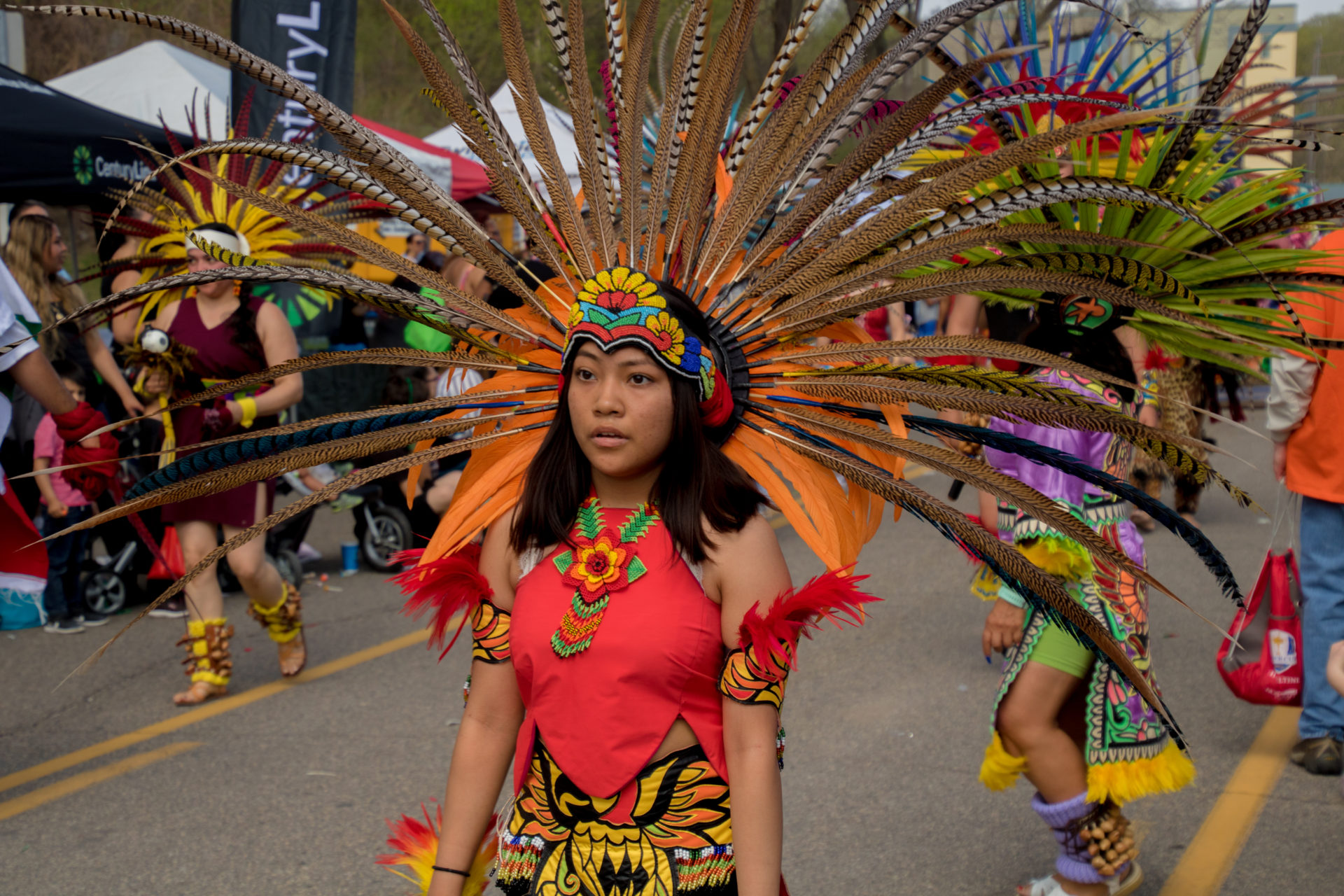 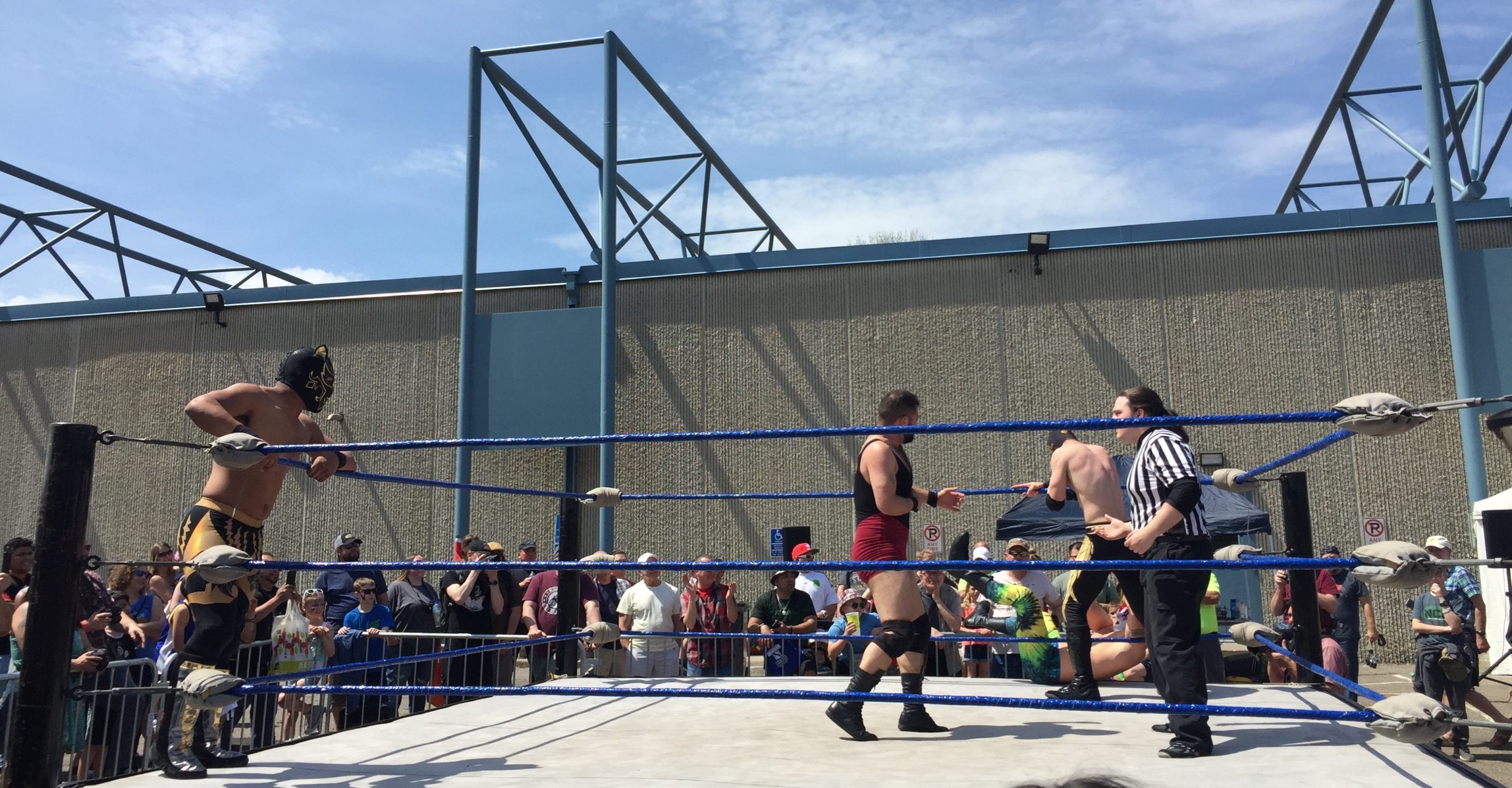 Spirits of Carnival was a wonderful spring fundraiser, welcoming more than 225 guests to Holman Field for an evening of entertainment, tastings from local food and drink vendors, socializing with Foundation supporters, and bidding on 100+ live and silent auction items! 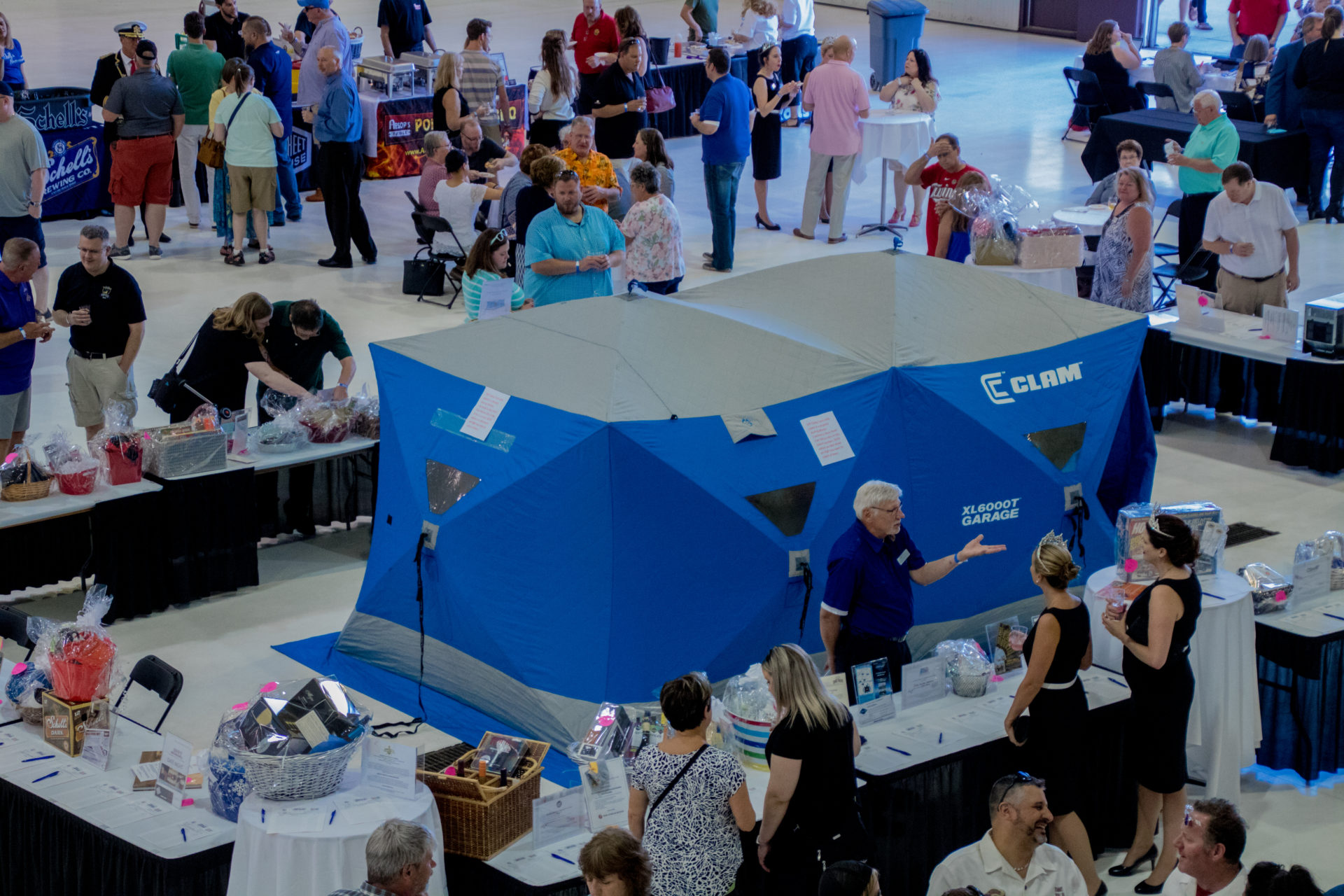 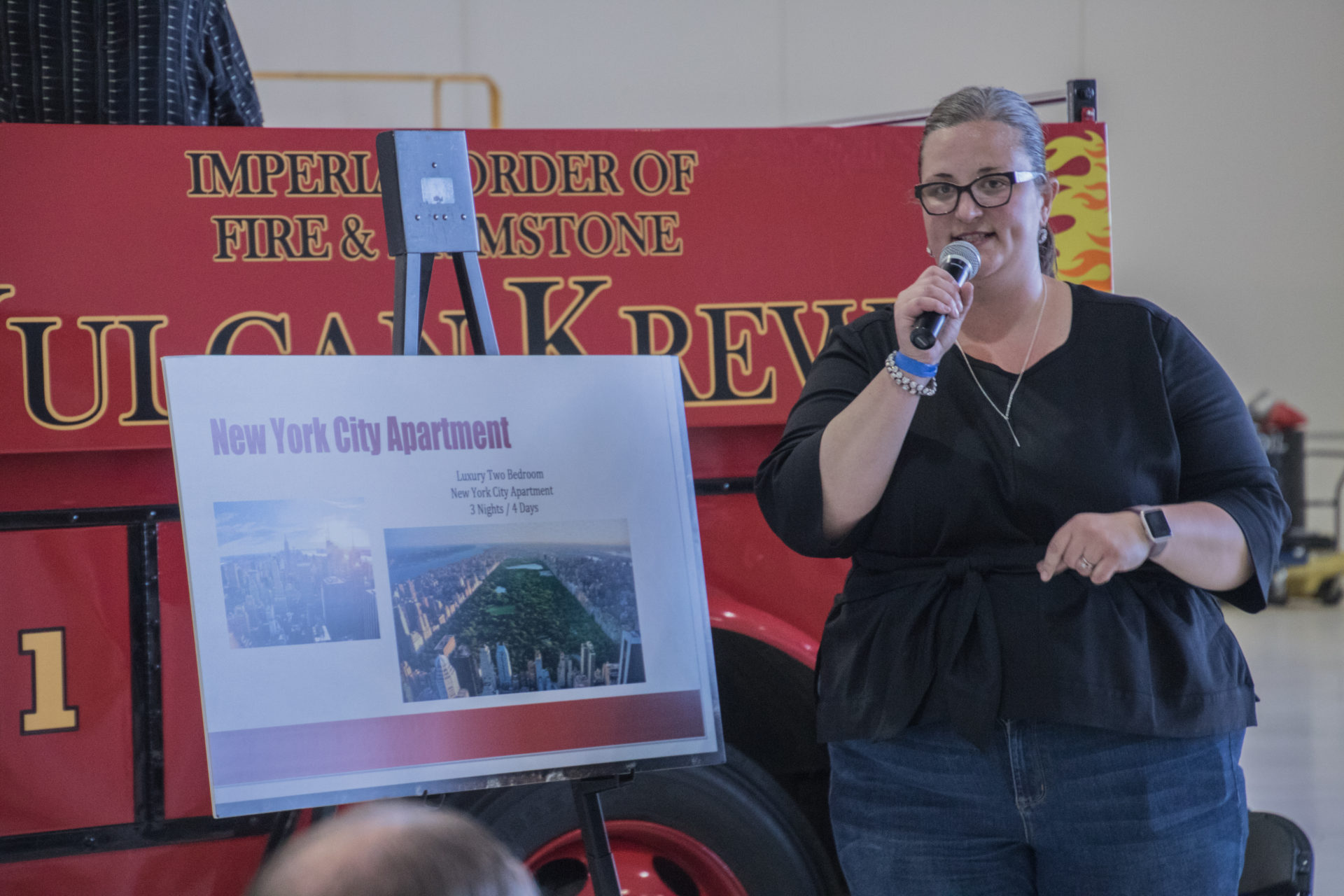 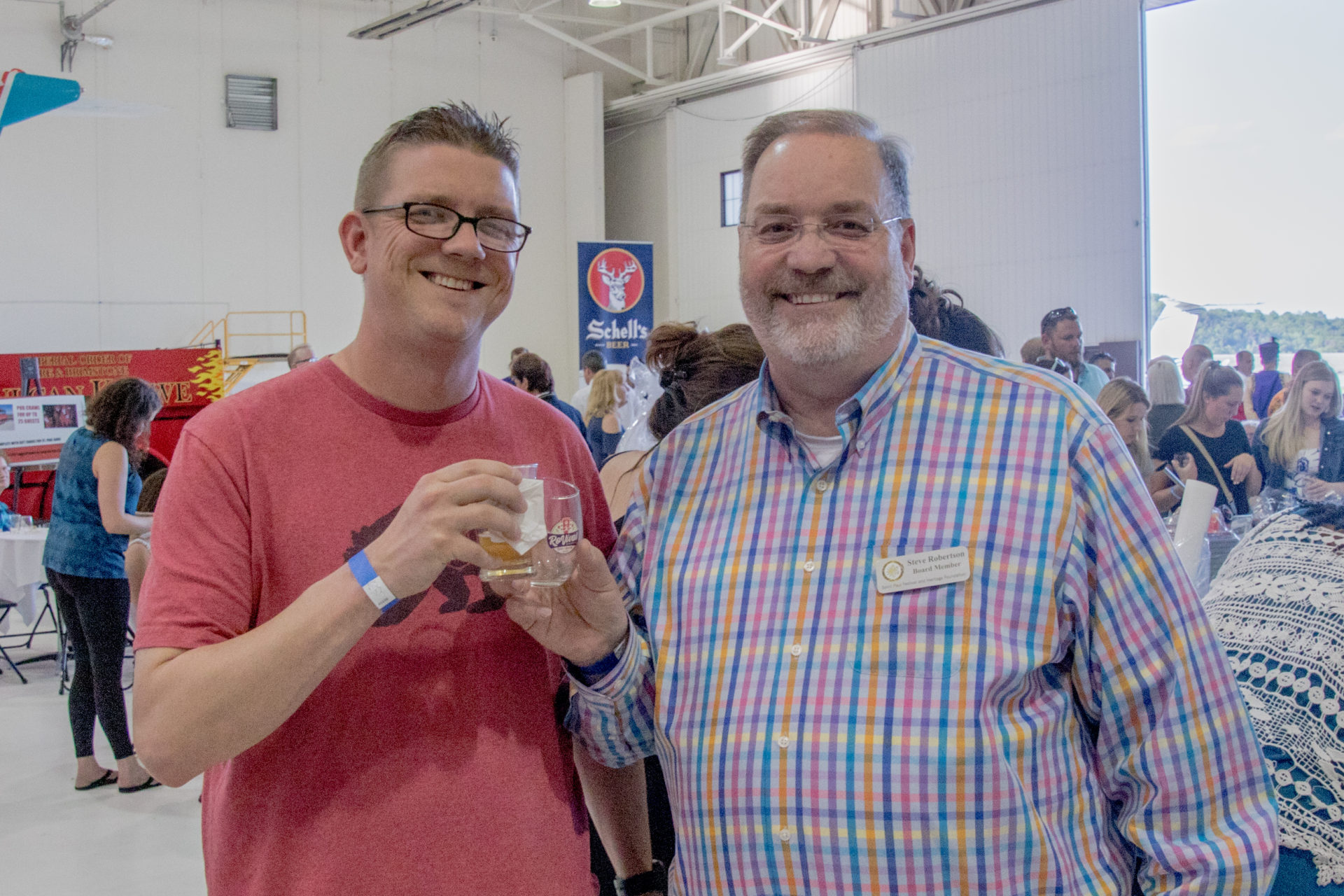 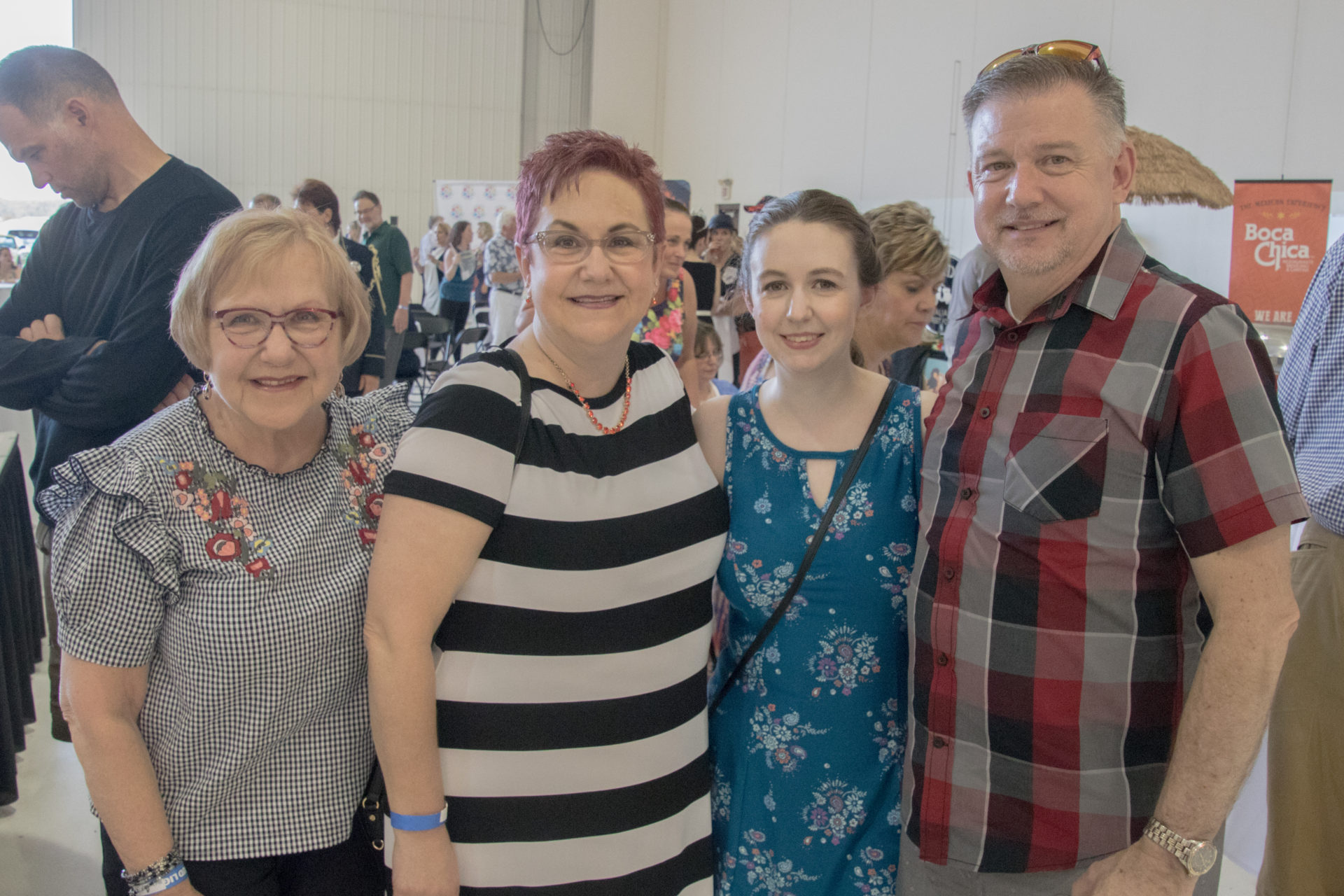 The Annual Meeting was spent connecting with friends and learning about past events and upcoming fundraisers and events hosted by the Foundation.

For details about this year’s successful events, download and view the below report.

One Ice Block at a Time 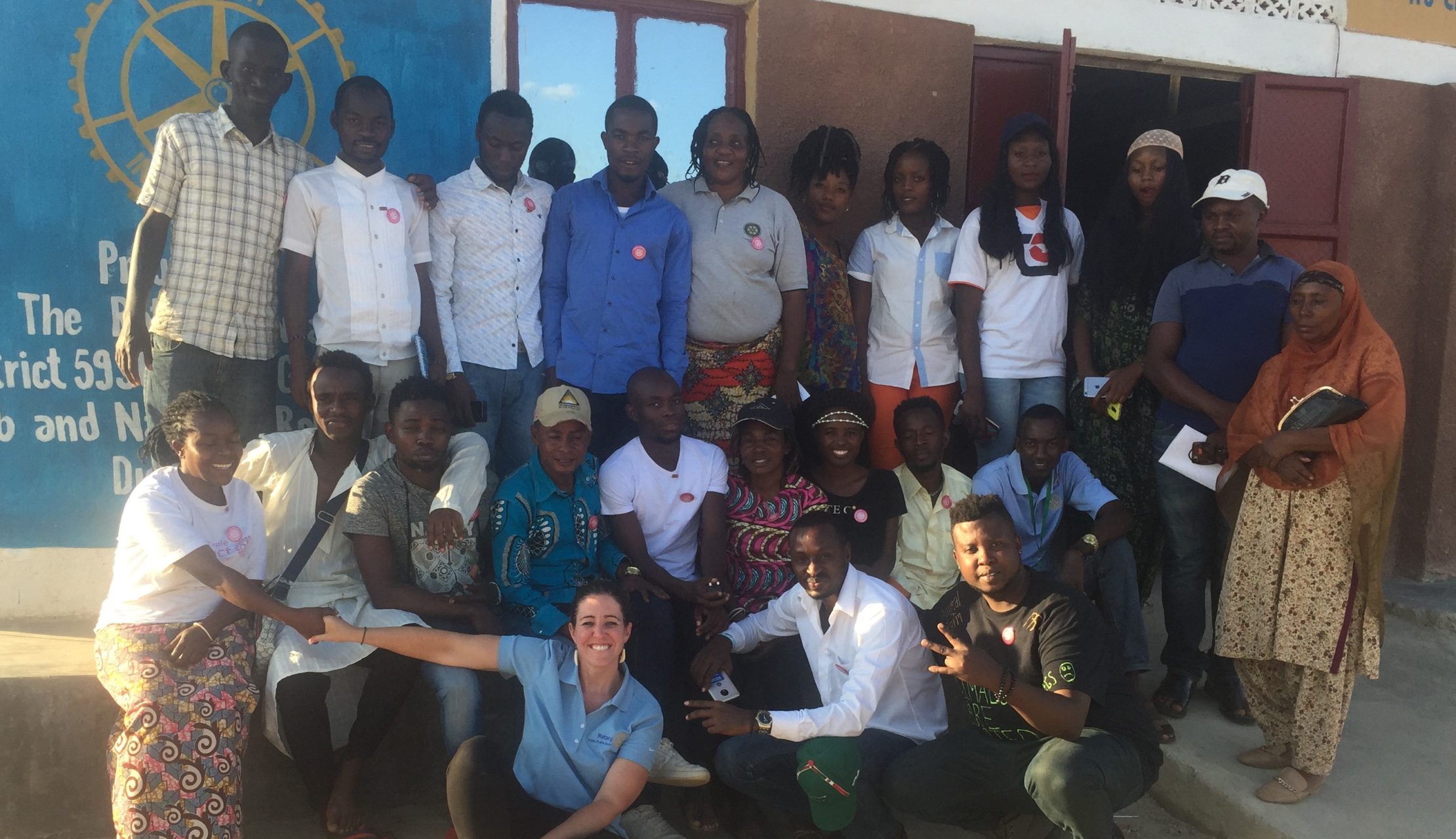 The Nakivale Rotaract Club, the first of its kind, is a small group of young refugees that have resettled in the Nakivale Refugee Settlement in Uganda and have come together to help incoming refugees access crucial services and resources, and to find solace after enduring their traumatic journey to the camp. The Rotaract Club was founded after winning a competition lead by the Ugandan prime minister and organized by the American Refugee Committee (ARC), employer of 2018 Queen of Snows, Jilla Nadimi, that challenged young residents of the settlement to develop business plans and propose innovative ideas that could improve the lives of residents. 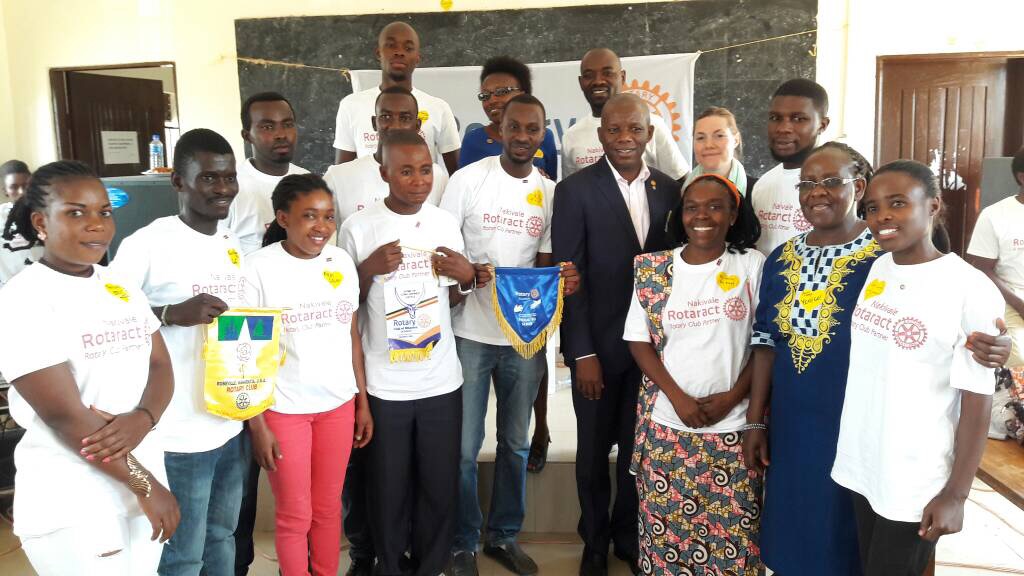 Facing the largest refugee crisis since World War II, more than 65 million people around the world have been displaced from their homes over the last decade; a situation that will place many of them in refugee settlements for the next 17 years of their lives.

To combat this often-traumatic experience and growing crisis, the 2018 Saint Paul Winter Carnival Royal Family has teamed up with the ARC to support the continued development of the Nakivale Rotaract Club and projects to build a sense of community and sustainability within the refugee settlement.

In conjunction with this work, the Royal Family has designed a new fundraising initiative to further their mission across international borders, called the “Ice Block Promise.” This initiative has allocated funding for 30 additional $500 projects in the settlement, funding life-changing ideas from acting members of the Nakivale Rotaract Club through the ARC’s Changemakers 365 program. Past projects have included cots and mattresses – a soft place to rest – for refugees who’ve just completed their journey to a refugee camp. They have taken the form of art supplies for kids who need a safe place to wait while their siblings and parents receive therapy for malnutrition. They have looked like a fresh coat of paint for refugee camp buildings, brightening everyone’s day. The Ice Block Promise aims to raise the necessary funds by January 2019, the end of the 2018 Royal Family’s reign. “Through this international collaboration, these projects will reach beyond borders to leave a positive, lasting, and direct change on the world we share,” says Nadimi.

The Royal Family is committed to building community one ice block at a time across Minnesota, the United States, and the world at-large. With the support of local organizations like the ARC Changemakers 365 campaign and the Roseville Rotary Club, the Royal Family is dedicated to making a difference around the world. Tying it all together, the joint-initiative will also work to support local projects in the Royal Family’s realm of Saint Paul.

Join us for a fun-filled evening of beer, appetizers, music and more at Wabasha Brewing Company!

Participants at this year’s event will receive two tasty glasses of brew from Wabasha’s tap selection, as well as delicious appetizers from local food vendors and restaurants. The B-52 Slider Squad food truck will also be on hand with delicious burgers available for purchase and the Winter Carnival Royal Family will be making a special appearance!

Cost includes appetizers and 2 beers – must be 21+ 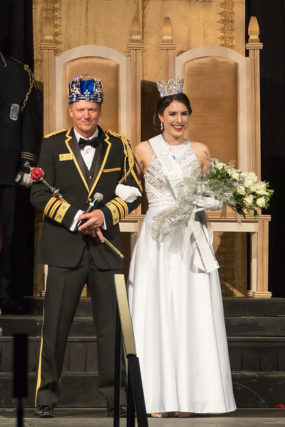 The 2018 royal family was announced on Friday, January 26th.Thousands of people were in attendance at the Royal Coronation waiting for the newly crowned King Boreas and Queen of Snows to be revealed. After a night of performances and the honoring of past royal families, it was declared that Tom Leonard of the House of Fury Motors and Jilla Nadimi of the House of Party Time Liquors will be this year’s King Boreas LXXXII and Aurora, Queen of Snows. 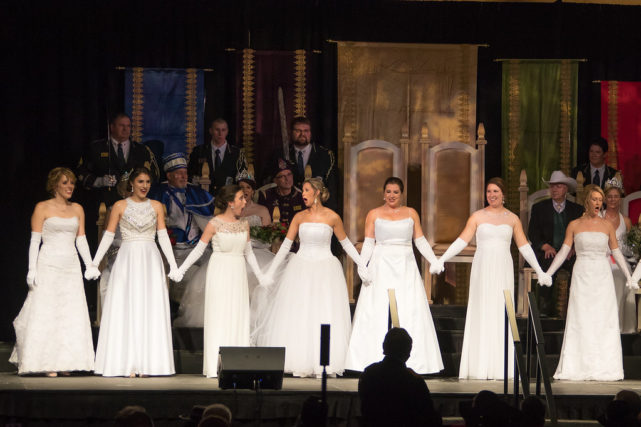 Jilla Nadimi, growing up as an immigrant, found community to be an essential resource. Throughout her youth, Girl Scouts nurtured this passion as she earned her Gold Award. After receiving her Bachelor of Arts degree from the University of Minnesota in French and Global Studies, she continues to build community both at home and abroad. Currently, as a Monitoring & Evaluation Officer for the American Refugee Committee, she supports field teams in providing aid to refugees and internally displaced persons in countries including Rwanda, Somalia, and Syria. Through her involvement with the Saint Paul Winter Carnival, she will expand her community service locally and proudly represent the city she loves. 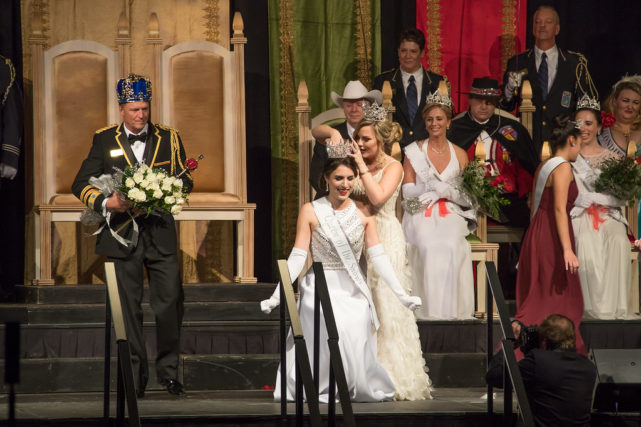 The 2018 Queen of Snows candidates have been announced and we are excited to present an exceptional group of women for 2018.

Since 1886, the Queen of Snows Candidate Program offers women an exciting and unique opportunity to participate in the Saint Paul Winter Carnival. Each January, five women are chosen to serve as Aurora, Queen of the Snows and the North, East, West and South Wind Princesses. These five Royal Women serve as public relations ambassadors for their sponsors, the Saint Paul Winter Carnival and the City of Saint Paul throughout 2018. 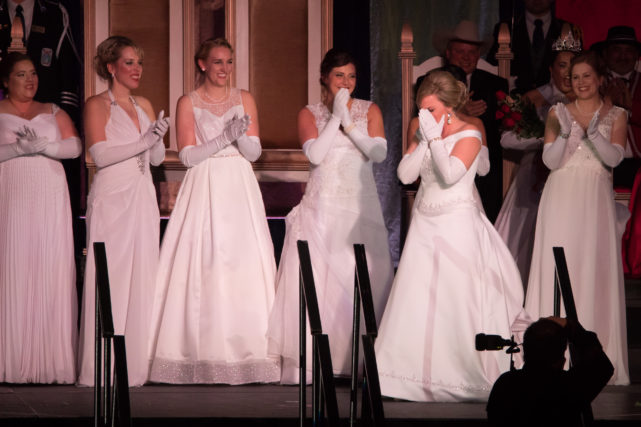 Meet the candidates and make plans to join us for the crowning of the new royal family on January 26th!

It’s the most wonderful time of the year: the 133rd Saint Paul Winter Carnival, the “Coolest Celebration on Earth” since 1886. The Winter Carnival continues to bring family-friendly events and community pride to Saint Paul and the Twin Cities metro area.