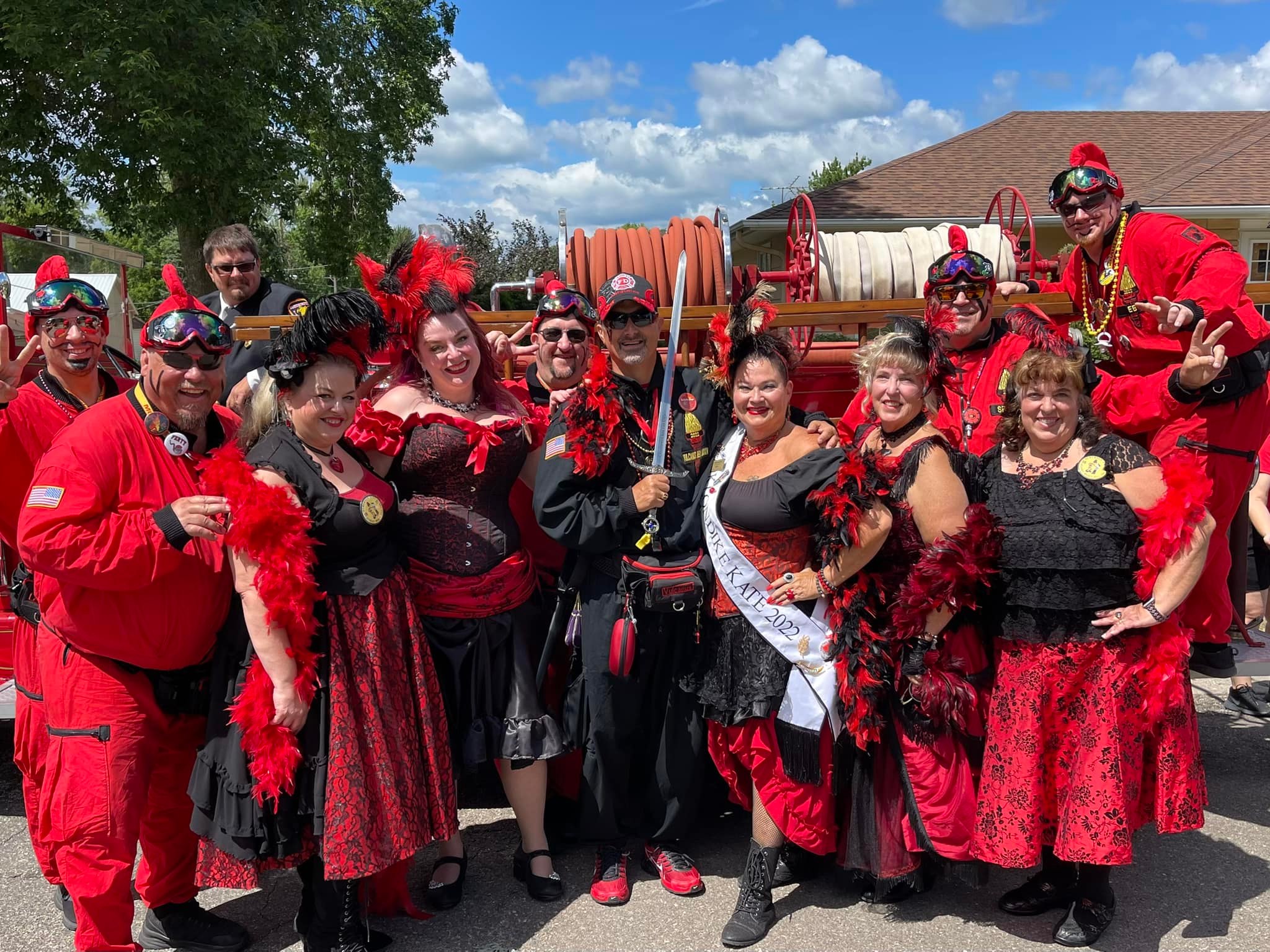 She had beauty, charm and a man who “done her wrong”. She was Kathleen Rockwell, and she made her way across the mountains to Dawson City and gold fields around the Yukon and Klondike Rivers, just as many others did during the Gold Rush of 1898.

When the Saint Paul Winter Carnival began, Klondike Kate could easily have been the first to entertain at the Casino. Although it is not known exactly when Carnival began hiring entertainers, it is known that the last entertainer hired was in 1961, and she was known as “Klondike Kate”. She then disappeared for a decade until 1971 when the Saint Paul Jaycees decided to bring Kate back to Carnival. Together with the Winter Carnival office, they initiated a competition to chose a new Kate each year. The contest is held each January and the newly reigning Klondike Kate becomes the hostess for the two subsequent weekends of Cabaret performances.

In the early seventies and even into the eighties, the reigning Klondike Kate performed alone. But as years went by, the character of Kate become so flamboyant and dynamic that she became more and more in demand. It then became a group effort so that many more of the requested demands for appearances could be fulfilled. Starting in 1996, the casino became known as Klondike Kate Cabaret. Former Klondike Kates who are members of the Royal Order of Klondike Kates perform along with the new Kate and create memories of the Gold Rush era in our country. Klondike Kate has become Saint Paul’s mistress of fun, frivolity, and good fellowship!

Today the members of the Royal Order of Klondike Kates make well over 100 appearances a year. The current group of active members will participate in approximately twenty parades over the summer months where they sing live on the award-winning float. They also perform at many senior citizen’s homes, Meals on Wheels, Chamber of Commerce shows, conventions, benefits, the Minnesota State Fair, and many other engagements. For these very active women, who all work at full time jobs, it can be quite a demand on personal time. But the performances are so much fun that the Kates look forward to each one. Their statement of purpose for their organization reads “…to promote, enhance, and maintain a positive image, reputation and public perception of the legend of Klondike Kate.” They are a “sisterhood” of women who love to perform and, by their very presence, provide open-arm welcome to Saint Paul visitors and locals alike.

Visit our Calendar page for details on their annual events including the Klondike Kate Contest, the Winter Carnival Cabaret and the Arctic Sizzle Cabaret.

Want to see if you have what it takes to be the legendary 2023 Klondike Kate? Click the link HERE to get more Klondike Kate application information.